My New “Grim Tale of Survival”…. 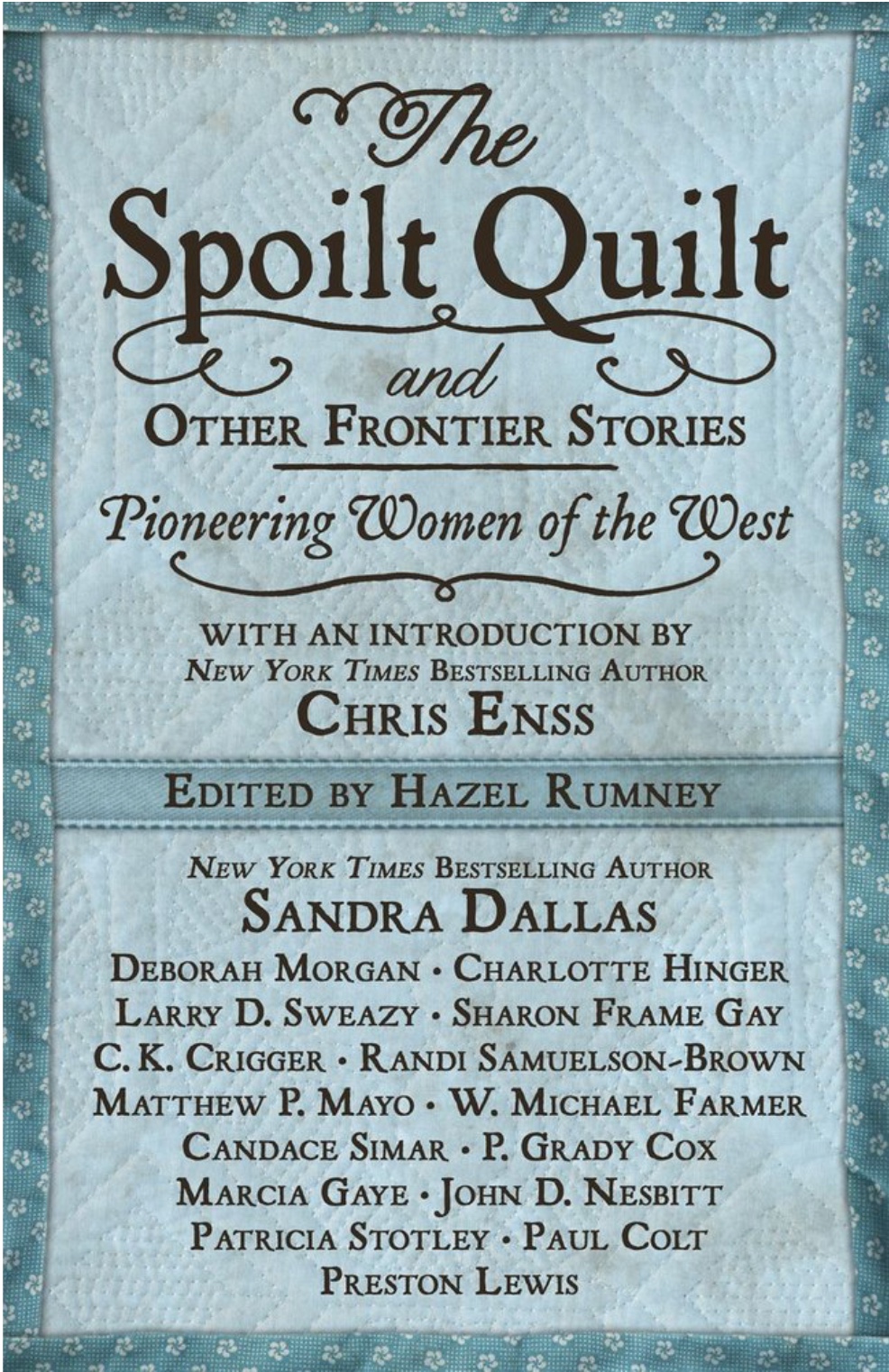 I’m pleased to announce that my story, “Peaches” (called a “grim tale of survival” in a starred review by Library Journal) is included in a bold new collection of sixteen previously unpublished stories by a number of award-winning authors. The Spoilt Quilt and Other Frontier Stories (Pioneering Women of the West),brought out by Five Star Publishing, clocks in at a hefty 360 pages and is available in hardcover on November 20, 2019, though it’s up for pre-orders right now at all the usual online booksellers.

The collection shines its lantern light on pioneering women of the West in the 19th century who face challenges in often brutal, oppressive settings contrasting starkly at times with civilized society. In these pages you’ll find high-action traditional Westerns, day-to-day struggles, and introspective dramas of the strong, often overlooked, women who shaped the iconic American West.

Early reviews are unanimous in their acclaim for the collection:

“Sixteen stories illustrating the United States’ past through women’s experiences comprise this impressive new collection. Western literature has passed in and out of fashion; at present there’s a movement toward openness and candor regarding the U.S. march to the west. This compilation provides an excellent starting point for book club discussions of Americans in these times.”
—Starred, Library Journal

“Each piece in this 16-story, female-focused anthology packs a punch. The heroines confront death, disease, rape, domestic violence, and poverty, all while living in an era that denies them equal legal status . . . it’s about personal strength in a time and place when that was often the only resource an individual had in excess. To that end, The Spoilt Quilt provides brief glimpses of optimism in an otherwise overcast world.”
—Booklist

“Each story’s protagonist is a woman in the American West, and what an unforgettable group of women they are. This collection will surely please fans of frontier fiction as well as those who are new to the genre.”
—Historical Novel Society