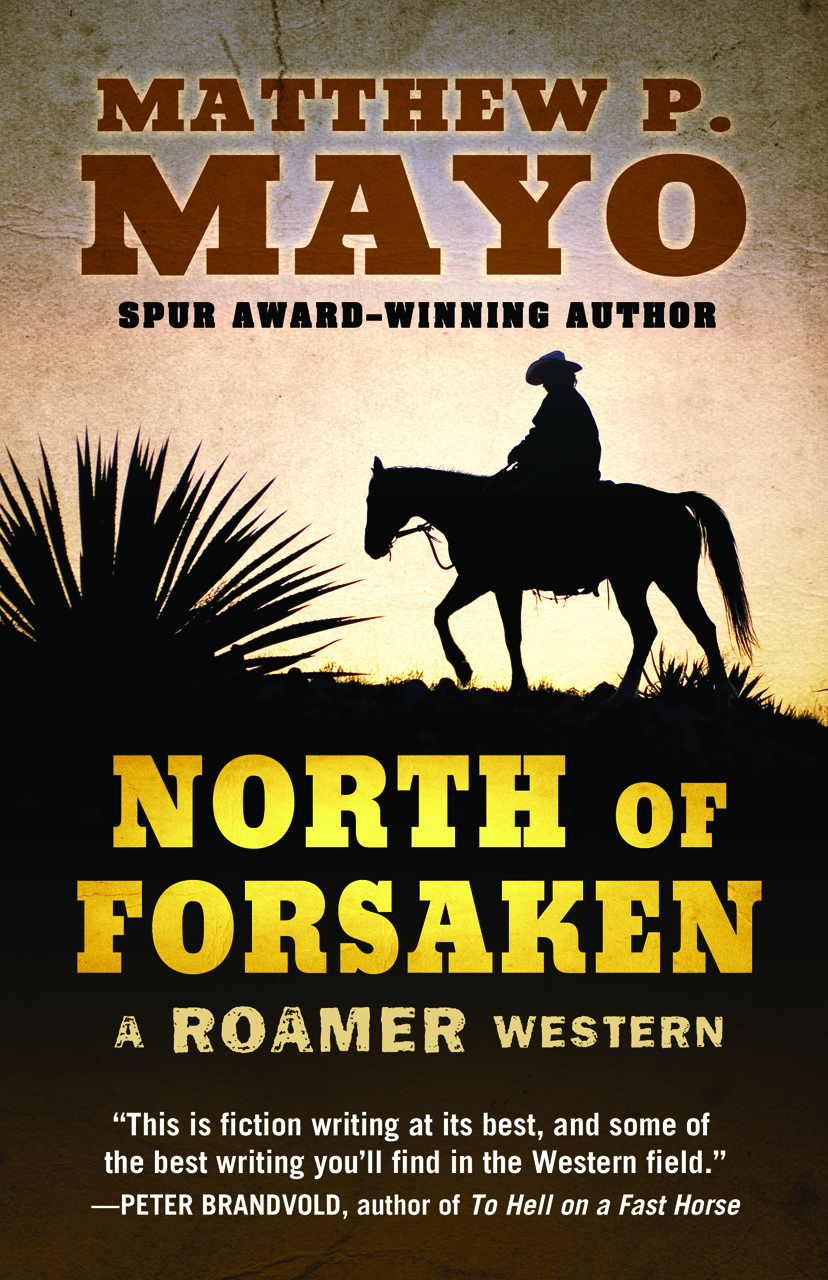 On his way to visit his crusty old mentor, the mountain man Maple Jack, Roamer makes a brief supply stop in the raw, flyblown town of Forsaken, Wyoming. But Roamer’s plans change when he is recognized by a dandified young stranger, a specter from a past Roamer thought he’d left behind.

The arrogant youth—keeper of a secret of which only Roamer knows the truth—possesses the precious deed to a valuable ranch. The type of property people kill for. The big woodsman begrudgingly agrees to escort the young man and a shifty woman deep into the Bitterroot Mountains on their quest. Desperadoes attack, and Roamer falls victim, but Maple Jack saves him from imminent death. Trailing the outlaws, the bedraggled duo soon comes upon a lynched body, then the ranch.

“Roamer wants to be left alone. But that’s not in the cards, especially after long-lost [acquaintance], Thomas, latches on to the big, ugly hero in Forsaken, Wyoming. Thomas has a deed to a ranch that other, less reputable individuals also desire. Although they head north from Forsaken, things go south immediately. Thank goodness for Roamer’s friend, the mountain man, Maple Jack, who helps give the two a fighting chance. Matthew Mayo’s novel is enjoyable and it has enough balance to be believable — a hero who is strong but ugly, capable but no superhero. It’s a little light on suspense in some places, but the colorful characters balance that out.”

“Ex-Union soldier Roamer, 28, is a woodsman, a homely man with a history of trouble. Trouble of the sort like when he agrees to help his childhood friend, Thomas, locate a ranch he inherited. The story starts slowly. Roamer describes every trout tickled and rabbit skinned on the trail while riding north with Thomas and his girlfriend, Carla. Overnight, something awful happens. His buddy, Maple Jack, a day behind, finds Roamer alone and bleeding. The two press on, bury the victim of a grisly hanging, and get caught in crossfire. When Roamer finally gets out of trouble, he resolves his mixed feelings … and explains his tragic past…. The woodsman’s motto is, “The less I have, the more I am.” While waiting for another Roamer and Maple Jack mystery, fans should enjoy Mayo’s new series, The Outfit: To Hell and Back (2016).”
—Jeanne Greene

“Anyone who enjoys a good, old-fashioned Western will like this series, of which North of Forsaken is the second entry. Though in places stark and brutal, it’s nevertheless filled with the excitement of a Saturday morning matinée. Told from Roamer’s point of view, the story is filled with colorful phrases, terse descriptions, and one man’s philosophical view of life….

After finishing North of Forsaken, the reader will undoubtedly have the urge to discover the first Roamer novel [Wrong Town] and any others that follow. Author Mayo’s series is an engaging and satisfying frontier delight.”