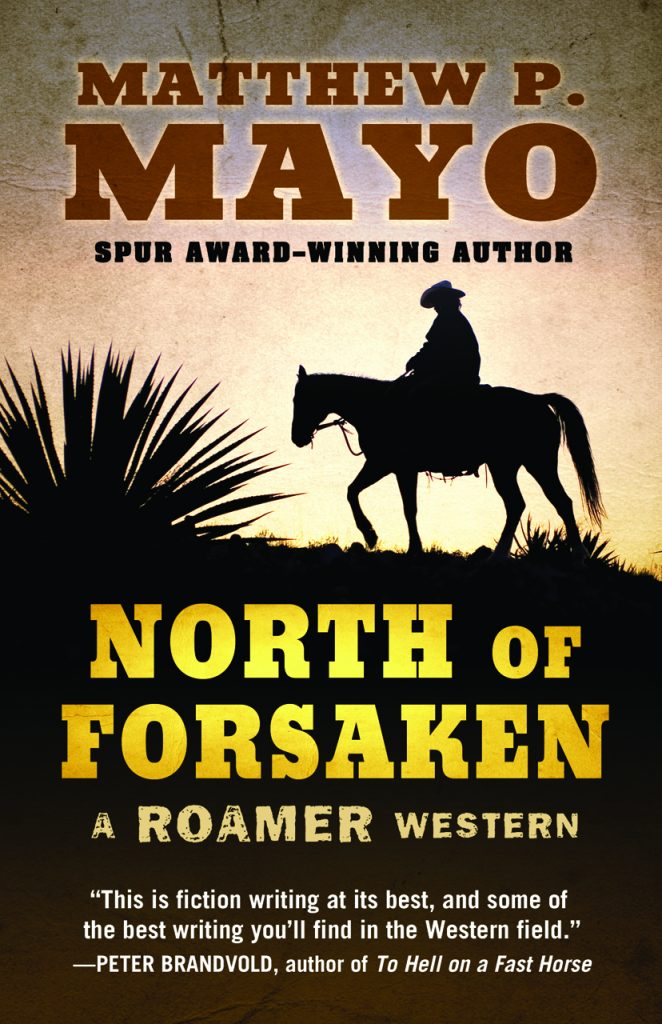 NORTH OF FORSAKEN continues the adventures of Roamer and Maple Jack, begun way back in 2008 in my novel WRONG TOWN. This time out, the trail leads the pair of rogues to what might well be a grim end….

On his way to visit his crusty old mentor, the mountain man Maple Jack, Roamer makes a brief supply stop in the raw, flyblown town of Forsaken, Wyoming. But Roamer’s plans change when he is recognized by a dandified young stranger, a specter from a past Roamer thought he’d left behind.

The arrogant youth—keeper of a secret of which only Roamer knows the truth—possesses the precious deed to a valuable ranch. The type of property people kill for. The big woodsman begrudgingly agrees to escort the young man and a shifty woman deep into the Bitterroot Mountains on their quest. Desperadoes attack, and Roamer falls victim, but Maple Jack saves him from imminent death. Trailing the outlaws, the bedraggled duo soon comes upon a lynched body, then the ranch.