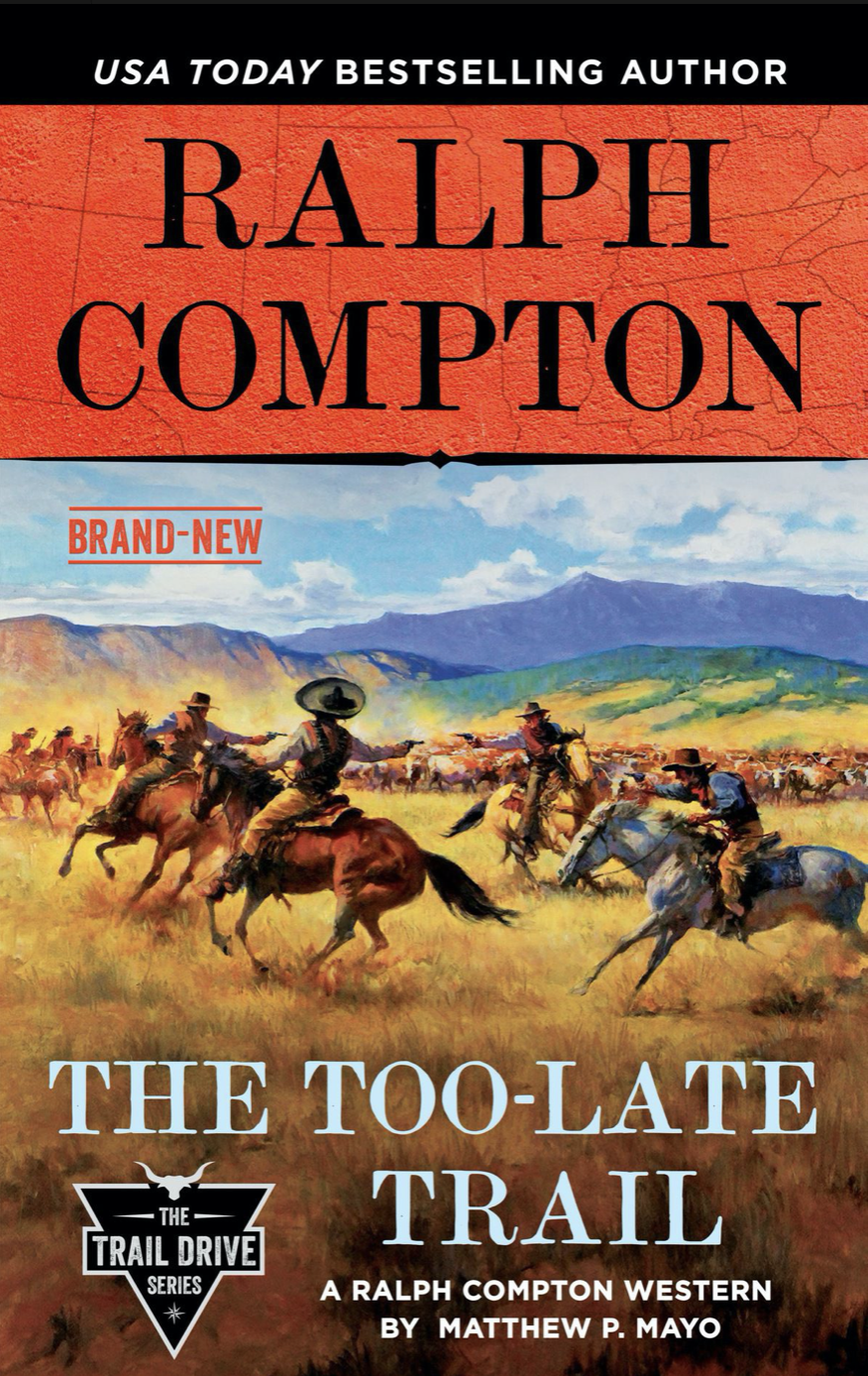 After struggling for years to work a raw-patch ranch in the arid flatlands of Texas, young Mitchell Newland learns that his herd of scrubby range cattle will fetch ten times their local price if they’re driven to Montana. He strikes a one-sided deal with the devil, neighboring rancher Corliss Bilks, to back his play with cattle, men, and horses. The trail brims with hellish hardship: prairie fire, stampede, flooded rivers, hailstorms, rattlers, sickness, long, broiling days and frigid nights.

Halfway to Montana, range pirates and a rogue Apache war party close in. Mitch and the boys fight, grim and helpless, watching as their herd is driven westward in a cloud of dust and cackling laughter. Cut down to two bloodied men, Mitch collapses, far too late, and admits the old man has won the bet. But salvation in the form of a Basque sheepherder revives Mitch and his pal, Drover Joe, and Mitch realizes he isn’t done. Not by a long shot. And now he has nothing to lose.